skip to main | skip to sidebar

Report of our EXpedition

This morning, 15 years ago, I was about to head out the door to class, when my Dad called. He said turn on the TV, and that Mom called him from work, and wanted to know if I was OK. So I tuned on the TV, and I saw one of the twin towers on fire. As my Dad and I were talking, a plane crashed into the other twin tower. At that point, I can't fully remember what my Dad and I were talking about. I think we were just speculating as to the whats and whys to what was happening.
My Dad and I spoke for just a little while longer, and before hanging up, he said how glad he was to know that I was alright. I continued to watch the broadcasts, when the first tower came down. It was then that I really started to worry about those who I knew worked in lower Manhattan. After the second tower fell, I was in a state of disbelief, sadness, and anger.
I have to thank my Dad for calling me at that time, because who knows what would have happened to me. On a normal day, I would have been heading for the subway, on my way to SVA. And depending on my mood, and how the trains were running, I could have been on the local R train that runs directly through lower Manhattan and the financial district. Or I could have been on the express N or D trains which would have given me a clear view of the World Trade Center from the Manhattan Bridge.
The remainder of that day, I was just in a fog. I wandered down 4th Avenue, from 44th Street, in Brooklyn, towards Flatbush Avenue. All of the cars, sidewalks and street had a layer of ash building up from the burning of the World Trade Center site. As I was walking, the streets were just quiet, but filled with a bunch of us just wandering, just trying to get a grip on what was happening. I continued to walk up 4th, then down Flatbush toTillary Street, and my old apartment building in Fort Greene.
I decided to go to McDonalds across from my old apartment building, to get something to drink. The parking lot and inside were packed with people. And I remember a man getting loud and angry with a cashier about his change. And that was when a number of people, including myself, confronted this guy and got him to calm down. One of the people said to the guy, "It's not that serious, you see what's going on out here." The man at the counter just shook his head in agreement, and we checked to see if the cashier was OK.
Who knows how the weight of the moment was affecting people. I sat outside of the McDonalds parking lot on the curb and noticed a huge throng of hundreds, if not thousand of people who were coming off the Brooklyn Bridge. All of these people were covered in ash and soot. And again, with all of these people walking, it was just quiet. But the people all looked the same, you could barely tell anyone apart.
I then walked over to Brooklyn Heights, and tried to use pay phones to get a hold of one of my friends who worked in lower Manhattan. For a while, I just kept getting a busy signal, and cell phones didn't work. So I went into a bodega and bought a disposable camera. I then walked over to the Brooklyn Promenade, and was amazed by what I saw. There were a great number of people, some with their hands over their mouths, and other with their heads down, sobbing. Across the promenade was lower Manhattan, and a huge billow of smoke that looked like a volcano. When I saw that huge cloud of smoke engulfing lower Manhattan, it truly hit me as to what I was looking at.
The rest of the day is a blur. I can't even fully remember how I got home, or what I even ate. All subways and public transportation were shut down. All bridges and tunnels were closed, and Manhattan was closed off as well. Later that day I was able to get in touch with my friend, who worked in lower Manhattan. Fortunately for whatever reason, he said he didn't go in that day and was OK.
The next day, train access was limited, and the few trains going into Manhattan were only able to go above 14th street. I remember hoping on the train and going to Union Square, and being startled by how empty the streets were. The movie theater on 12th and Broadway was open though, and showing all movies for free. So to occupy my mind with something mindless, I went in and watched American Pie 2.
I think it was after the movie, that I saw a crowd at Union Square. There were a number of drawings and hopeful messages written in chalk on the ground. It was somber and quiet, as we were all in a circle. I fondly remember a woman with a flag in her hand, that had an uplifting message on it. She knelt down to put this flag between the cracks of the pavement bricks. At that point, I looked around and saw people from every race, religion, and class together as New Yorkers and as Americans...
Posted by The Artifact at 7:27:00 PM No comments:

"THE QUESTION" IS NOW AVAILABLE THROUGH AMAZON VIDEO

"The Question" on Amazon 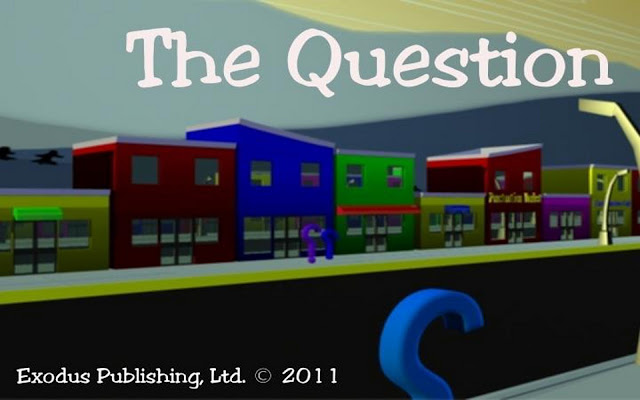 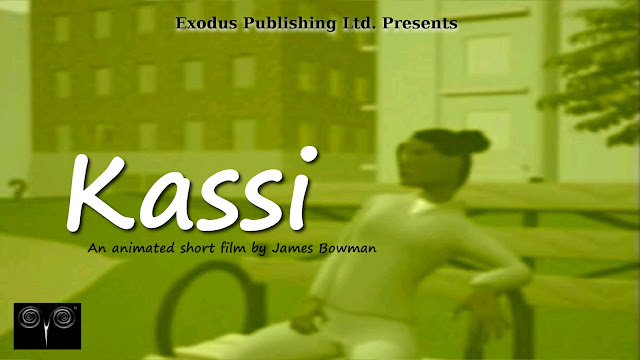 "FIVE QUESTIONS FOR THE ARTIST"

3) What do you do?
- Professional Musician, Beginner Actress

4) What inspired you to pursue your creative career?
- Shakespeare

5) What is your view of the state of the arts?
- Liberty and Responsibility
Posted by The Artifact at 11:36:00 AM No comments:

"FIVE QUESTIONS FOR THE ARTIST"

2. Where are you from?
- Columbus(Ohio) is my home

3. What do you do?
- Eco Fashion Designer specializing in custom costumes for clients and runway

4. What inspired you to pursue your creative career?
- Growing up as a kid with modest hand-me-down clothing inspired my Eco fashion line, Label Yourself. I created my line to inspire others to express their own true beauty and style through fashion

5. What is your view on the state of the arts?
- Art classes in school saved my life and made me the artist I am today. It breaks my heart that schools are taking art and music out of schools when children are naturally creative. Art and music allows them to express themselves.
I'm so passionate about it that I created an Eco Fashion Club at Berwick School with junior high students. The kids learn to design their own creative fashion and at the end of the year model during our runway fashion show.
Most importantly we inspire the kids to express their true beauty through design, fashion and art.
Posted by The Artifact at 12:54:00 PM No comments:

The frivolous, easy A

With the heavy push towards STEM(Science, Technology, Engineering, and Math) education, there seems to be a need to eliminate arts education. Now this is simply from my own observation and research. But the arts, at least here in the United States, is regarded(in my opinion) as being frivolous and unnecessary. I bring this up, because it reminds me when I took Art 170 at my Alma mater, Ohio State. This course was beginning drawing. And it not only was a requirement for art majors, but it was also offered as an elective, available for non art majors.

This class was memorable, not because of the subject matter or professor, but because of two students who were not art majors. What stands out was that both of these individuals thought that Art 170 would be an easy A. From the first day of class, both of these non art students were lost. The principles, and ideas presented, totally dumbfounded the two of them. It was so difficult for these individuals to grasp line, shadow, volume, and perspective. And just as they were getting the hang of using pencil, the professor would switch to charcoal, then pastels.

Over the period of the course, I became friends with both of these student. Whenever they had trouble, I became their impromptu art tutor. As it should have been, the professor was much harder on the art students than those taking this course as an elective. The two non-art students I befriended, actually received better grades than me. I came out of the class with a B+.

By the end of the class, these two friends revealed that Art 170 was the hardest class that they had ever taken. They didn't expect how technical the principles of art would be. These two also didn't expect art class to be so labor intensive. Now, this course was five days a week, for two hours a day. In addition to almost non-stop drawing for two hours, there were a number of outside assignments that we had to complete. Along with learning the principles and working with various drawing media, we practiced extreme amounts of repetition.

I challenge everyone to take a professional art course. I'm not talking about a casual one day workshop for just a few hours. I'm talking about a class that stretches ten to fifteen weeks, for one to three hours a day, five days a week. It is important that non-artists see, not only how much goes into the learning of art, but where art is used throughout daily life. This piece may only touch upon visual arts, but all arts are vitally important to everyday life.

I hope everyone will take the time to look at everything around them. From the clothes you wear, to your computer or tablet, your car, your furniture, to every man-made material around you, someone designed it. And their training most likely started in a course like Art 170...

Down the Worm Hole